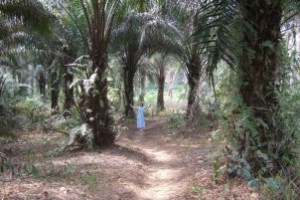 Hi Leanne
Great to see that you are still alive! lol We pray that you are all still in good health and that things in Palmgrove are moving forwards. Great post! Keep it up.

Oh, and if you can get us a picture of a cow being transported by motorcycle, that would be cool! lol

Hi Leanne! I had to “glustl” at the thought of going to the market with Glory. I always throughly enjoyed it. Especially the ride over on the motorbike. I feel for your embaresment though. I hated the Abak market because of all the stares and “buy something from me’s”. And the Grannies… well they thought I was about 13 or so because I lacked the standard nigerian clothing enhanced curves… Otherwise so far the blogs are very interesting you guys are doing a really good job and hey… never mind Lance, another piont of view is always welcome. God bless and keep the faith.

Great Post! It is definetally interesting to see Nigeria through different eyes. And no worries that Lance has written about it all, just what you do every day is new to us. New blog idea, could you describe what it’s like to go to market? Have u tried your hand at bartering yet? 😛 blessings

Thanks Mr. Leanne, for the wonderful descriptions of how you are doing. You leave me with almost no questions. Glad you are holding to the word because it lives.

The pics are the best!!! Looks like you and Brian are having fun! And giving chickens water from a combie tray…, they almost look cute! But I thought Palmgrove raises chickens, or not? You were asking for blog ideas; I know I’ve wondered what goes on inside the Palmgrove school…. ~ Debra

hang in there u’r doin great, interesting blog. keep it up girl… no… ooh right! sorry.lol.

Greetings to our dear far-away folks! We here at Odanah are thinking of you and wishing you well. We are enjoying your Palmgrove updates very much and look forwards to each one. Thank you! Ed Vetter, we thought of you on your birthday and sang for you. As for the cockroaches that have infested your quarters…Harry suggests spraying lyesol down the drain in front of the shower stalls on the panel board side. When Harry and Edward tried this in ’99, hundreds of cockroaches came scurrying out seconds later. They scooped them up with the “Schoop” and dumped them in a bucket. Alles Gute in your missionary misadventures.

Great Post. Gives a good picture of what it’s like to deal with day-to-day challenges that we never see here in Canada. Keep us posted.

Thanks again for the update. Very interesting!! Wishing you the best! And Good Luck! -dw

Dear Edward.
What are you doing right now? I am sleeping? I was in school when I wrote this letter. Did you have fun in Liberia? Did you see you anything interesting in Africa? We are going for a sledding trip to Spruce Woods Park. We are going on Friday. I hope you have lots of fun.
Winter will be boring until we go sledding. The children that don’t go along go to the big slope behind my grandparent’s house. When they get cold they will go to the kitchen were the cooks make hot chocolate. When the kids come in, the cooks give them hot chocolate. It is almost Easter. Hopefully your Easter bunny won’t melt in the hot sun. I can’t wait until I get my Easter bunny.

I have been praying that you, Brian, Judy Basel and Leanne will come home safely.

How is it going in Africa? We are doing pretty well. We miss you very much. You used to come to our house and lunch with us. I saw some of your pictures. It looks interesting. I would like to be there and have a bath in the lakes. Did you see a crocodile or a snake? Well if you did, you are lucky. We are having a reward. Guess what? We are going on a sledding trip. It will be fun. You can slide down hills of sand and I will slide down hills of snow. If you are wondering, we are sledding at Spruce Woods Park.
Have a happy Easter.
Love Greta.

Dear Edward
Everything is going well in the all-barn. Did you see anything interesting in Liberia or in Africa? The school is going for a sledding trip this Friday at Spruce Woods Park. I hope you will be her for the Spring Break.
Sam Kleinsasser

How is it going in Africa? The school is going for a sledding trip and you well miss it. We should have gone sledding on February 26 but the road was too icy so we couldn’t go.

Dear Leanne
How is it going in Africa? I hope you have lots of fun in Africa. I think you have lots of friends in Africa otherwise you would be bored sitting in the house all day. Can I ask you a question? Can you send me some new pictures then I well send you some pictures. Leanne how long are you staying in Africa? The longer you stay, the longer we can write letters back and forth. I hope your Easter bunny doesn’t melt in the hot sun.

Hey Leanne,
Good to read your blog and hear that you’re doing well. You sure covered a lot of topics…very interesting. We’re thinking of you and hope you keep healthy and safe.

Hey there.. Sounds Like you 2 are having fun, Really can’t imagine myself in your place with all that going on especially the run in you had with the crooked police, makes me wonder what i would have done in that situation, glad to hear that they werent after you and left you 2 unharmed but so much wiser in there ways of the worlds, Since your asking about ideas, Ive heard various reports that beer is the safest thing to drink in nigeria and cheap to. maybee you could do an update on what keeps you alive in the hot sun, how do they filter there water for drinking or bathing?? or is that all in the river ? or maybee jsut the coconut milk 🙂 cheers !

—Insert your own funny phrase to form the acronym NEPA here—

No, that would be rude!

🙂 YO nigerians, enjoy the heat! A walk across the hof is pushing it here (-19C) plus wind.

I second the call for arial photos if you can flag down a passing plane. 😉

hi Leanne. u can sure lay it on ‘paper’..:D sure caught me chuckling.. very interesting blog, keep it up!! nice to see that ur enjoying ur stay.. as for seeing me in your place.. NAAH..! seems ways too third worldish for this guy.. but ur doing great..! keep up the contact, we’r praying for u..! GOd Bless and Happy Easter..!!

Wonderful blog Leeanne. I check daily for updates:)! The pics are great! Looks like quite the experience although I couldn’t quite picture myself doing something like this. Never the less you guys are doing a great job! Viel gluck!

praying for u said:

God be with you.. take care and keep up the optimistic attitude. Very interesting blog, i check daily for updates.