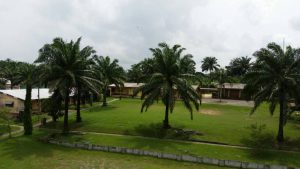 Hello, all you Canadians enjoying such nice, cold weather back home! We are profoundly jealous of said weather; how nice to be able to snuggle into a warm winter jacket and run to the kitchen, boots crunching on snow and nose nicely bit by jack frost! But still, we have “gotten used” to the hot, hot, hot here. Anyway, don’t know if we can get any more used to it. Finally one reaches the point where you “accept” the fact that you will always be sweating, day or night. We are lucky though; we have one shower that we share, and we have running water. So a few showers a day (and maybe night) are a real blessing. There is the stream, we have gone in but hesitate cuz its not quite 100% clean for poor mbakara. 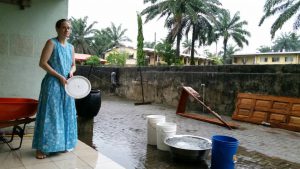 Occasionally the weather is “cool,” as they say. We say ‘aaaaaaaah, comfortable!” Before rain falls it sometimes is cool and windy. But if the sun comes out after a rain, watch out!! For those of you who have ever been in a wet sauna, you have an inkling how the weather is THEN! “Teemich” we’d say in Huttrisch. Extreeeeeeemly wet and heavy, the air, and HOT! This would all be fine and dandy, if we just had a place to go get our body temperature back to normal, aka: cooling off. Inside the houses is, unfortunately for mbakaras, as hot as outside. Maybe your room will cool off till morning, maybe,then it starts to heat up again. Oh well…. 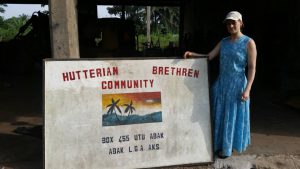 Palmgrove has approximately 80 people, as we speak. A lot of young people are going to colleges and universities around the country, about 10 of them. They are taking things like engineering, computer tech, advanced LA, sign language, and we even have one intelligent young man going to the school for the blind. He is legally blind, and Chris and I have already been to his house where he proudly demonstrated his reading and writing braille capabilities. We sure were impressed! His enthusiasm and eagerness is definitely encouraging, and rare, i dare add. He happily showed us three medals that he won running races! They even do that in his school; he described that they even tie a cloth around the eyes of the blind competitors because people wouldn’t believe that they are blind otherwise! Imagine if he wasn’t going to 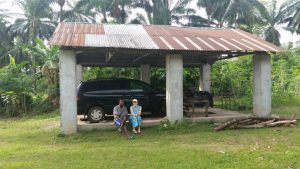 school; he would be JUST sitting around doing nothing and probably getting depressed. So we are very happy he is going. His name is Nse. His sister is Itoro, and she goes with him to assist him, cook and clean and she is learning sign language there as well. For those who know Palmgrove people, Their mom is Cecelia Tom. Actually, i believe that Lance wrote about Nse in his blogs in 2006, asking for help for him because he was going blind. So thank you for everyone with open and generous hearts. It sure made a difference in this young man’s life.

So, we in Canada are assisting these young people with their schooling, 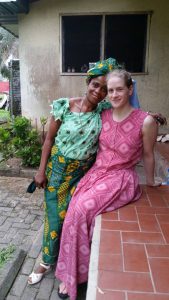 because we want them in Palmgrove. The various things we have tried to establish here are always “harassed to death” by government. Such as the water bottling plant. The NAFDAC people come and come and come and inspect and want you to change this, move that door over here, build a cover from the sun there, etc etc etc. Sometimes their requests definitely seem inane, and you do get the feeling that they are just playing with you. So, the idea is to teach our own young people to possibly do the inspecting, by sending them to school, so the government can’t keep doing that to us. In fact, the idea seems so good to me, i think we should be doing it at home in our own communities as well. We have put a toe in the water, for we are working on our own teachers, some nurses, etc. 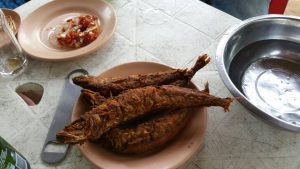 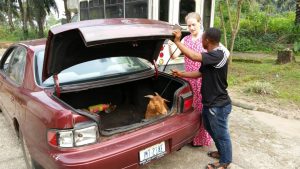 Right now there is no communal dining in the kitchen because there is no money to buy the food in bulk amounts. Each family has their own plot of ground where they plant, pumpkin leaf (not like our pumpkin; they use just the leaf and the seeds; the fleshy part is thrown out), waterleaf, smelling leaf,corn, yam and cassava. Also, they harvest palm fruit from the palm trees. They press out the oil for palm oil, which has its own distinct, rich taste. The process is quite something, I will have to dedicate a whole blog to it. The palm trees are so beautiful, I never get tired of looking at them.So, post your blog ideas for me and I shall hop to it. And don’t forget to enjoy that wonderful Canadian weather! ��������