DO HUTTERITES BELIEVE IN BEING BORN AGAIN?

The Nine: Misrepresentation of the Whole

My name is Carol Maendel. I am a 26-year-old wife and mother who lives at Forest River Colony near Fordville, North Dakota with 100+ other people. I am a Hutterite. I was married a year ago and moved from my colony to my husband's, as is our custom. Growing up at my small mother colony in Montana, I attended a public school in town, got a driver's license when I was 15 and graduated in 2006 from Roundup High School.  I worked at the colony and spent time with my family until I was baptized. I then married and moved to Forest River.

I live, ....
Read the rest of the entry...
Published in: Carol Maendel's Blog
Forest River, The nine
78 Comments

“I Baptize You in the Name of the Father…” 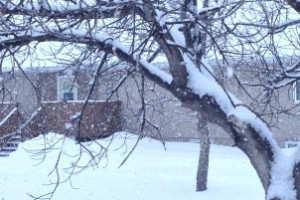 Since God in His grace has been merciful to you and through the death of Jesus Christ His only begotten Son, and the intercession of the Church has forgiven and remitted your sins. May He fill you with the powers from on High and write your name in the Book of Eternal Life. May He keep you as a true Brother/Sister in the Church to serve Jesus until the end, Amen.

Read the rest of the entry...
Published in: Linda Maendel's Blog
Baptism
10 Comments

“Life in a Hutterite Colony” by Donald W. Huffman

ABSTRACT. In this study of the Hutterites, an Anabaptist Protestant sect tracing its roots to 1528, an attempt is made to discover the qualities that have enabled their colonies to survive and thrive in North America. It is found that the Hutterite beliefs of community of goods and self-surrender to the will of God are central factors which explain their long-term survival and the high degree of social cohesion they have achieved. The incentive to work for the common good, which has enabled them to remain economically viabl....
Read the rest of the entry...
Published in: Paul Wipf's Blog
life on colony
4 Comments

This post is not about King Ranch Colony or our non Hutterite friends. Its about the real challenges that we the Hutterian Brethren are facing today.

Before continuing, I would like to present a qualifier. An interpretation of a people by a person from outside of the group has certain dangers, even if the outsider is sympathetic, as some outsiders most assuredly are. However, I know of the dangers of outside interpretations from reading Hutterite history and sociology. Some interpreters are sympathetic but their reports are still quite skewe....
Read the rest of the entry...
Published in: Hutterites 's Blog
challenges, church
45 Comments